…I think he needed to hear that actually 50% of people are excited by statistics—I bet that would have blown his mind!

That’s the thing about stats: They need to be contextual and need to inform you of something that is relevant now. We can dump stats in a Dota game on you all day and it won’t improve your viewing experiences. It’s the reason why we value those stats gals and guys at the analyst panel, when they bring us digested meta observations of how a player or hero is performing spanning patches and matches. 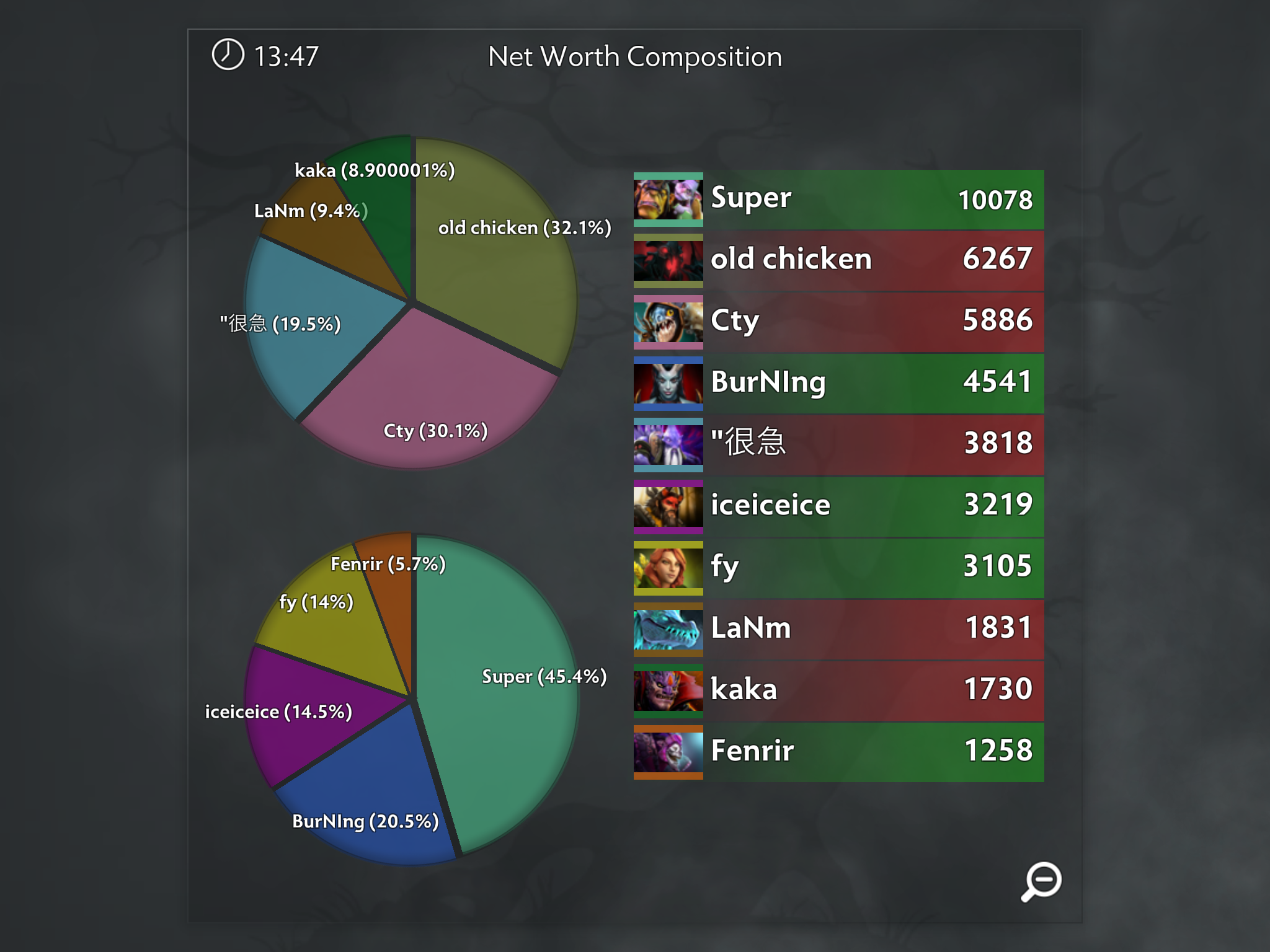 For Dota Live Analytics this is a core design issue to tackle in everything we display to the viewer and one key feature we employ to handle this is called Smart Rotation. It’s all about displaying the right information at the right time. To achieve this a lot of under-the-hood magic has to happen. DLA needs to determine which heroes are on what lanes, which ones take on core roles. And it needs to dance with the dynamic play of Dota 2’s mechanics: We need to show you the impact ganks and teamfights have but as that is going on also keep you up to date on how the more passively free-farming heroes are doing.

This is especially key in the opening of a match: You want to quickly see who is edging out an advantage on the lanes and for this DLA needed to understand who is laning where and what key values to look at for each position. DLA also needs to understand when the game transitions from one phase to the next. In simple things, like automatically showing you where we are at in Net Worth and Composition after ten minutes but also switching to keep a closer view among the overall lead a team is accruing toward the later parts of the mid-game.

The turning point in Game 1 of the Winner’s Final of the Nanyang Championships between Vici Gaming and Team Secret:

Dota’s Magic is a Complex Beast

See You at the Frankfurt Major!

Dota 2 is a registered trademark of Valve Corporation.

View Comments
There are currently no comments.